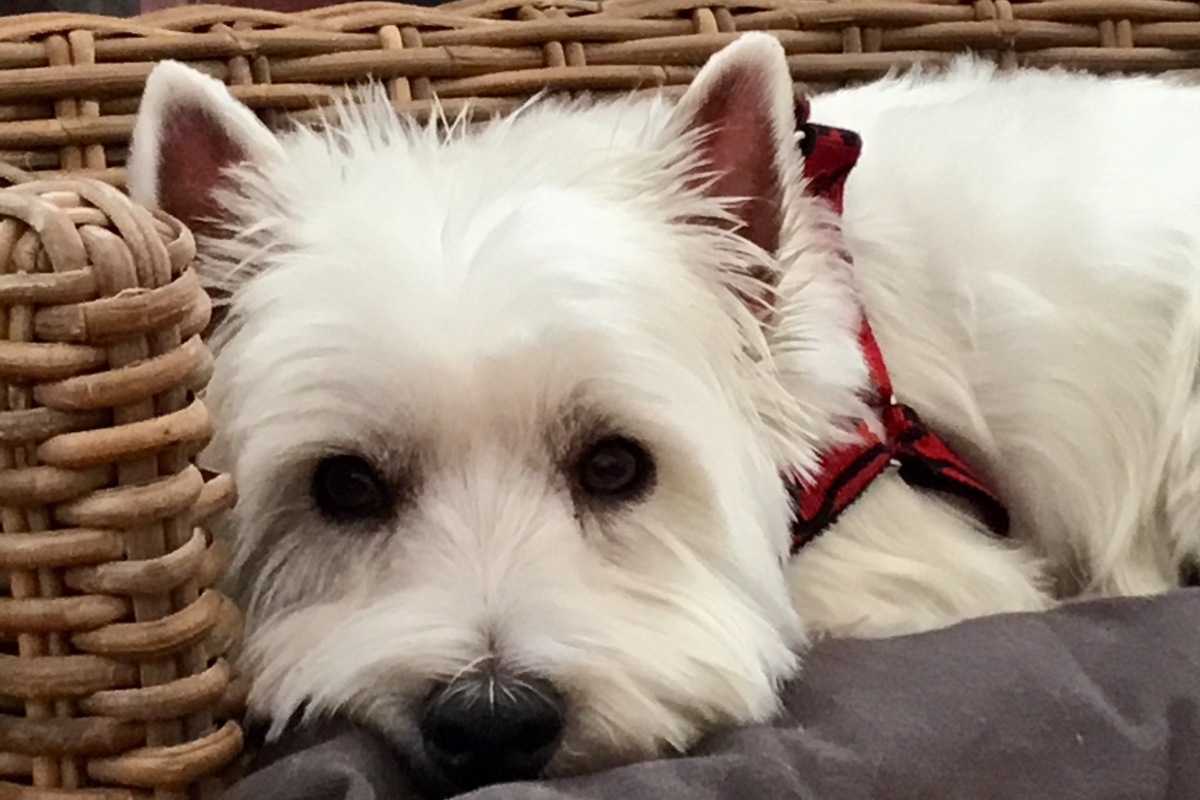 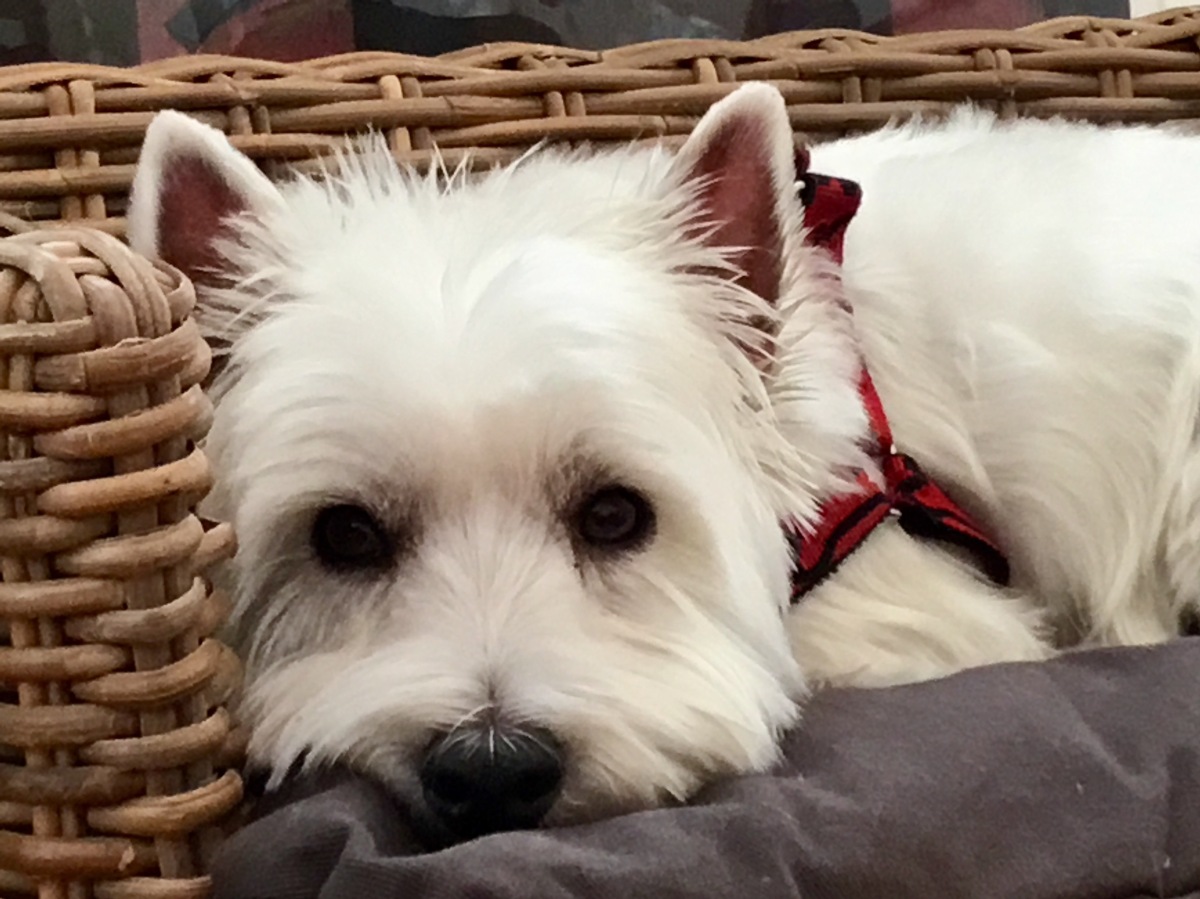 Jacques isn’t looking too good. Believe me, this is not his normal. I think he’s a little subdued because we went to the new vet today. I think maybe his rabies shot has him a little down. Or maybe he just misses his old vet.

His first vet was great fun, stylish, charming and terrific with Jacques. She was, no question, the Paris vet from Central Casting. I’d have gone to her forever but we moved halfway across town, so that was that. This new vet is no fun at all: no style, nothing that would pass for charm but he knows his stuff and is a bit of a health nut. I’m pretty lax, so I need to surround myself with maniacs, just to keep me more or less on track.

It turns out that Jacques is allergic to Paris pollution. I start coughing every time we pull into town, so I can well believe it. “See that red hair in these paws? Does he ever chew on them? Yep, thought so. Look at these red ears. What are you feeding him?” I copped to the Orijen, thinking that might keep me from having to admit that Jacques would really rather live on table scraps, and whose fault is that??? Orijen is a Canadian brand that features no corn and all healthy ingredients. Well, that’s not good enough. Take that all you folks who laughed when you read the bag and suggested that maybe, just maybe, I was going a bit overboard. No, wrong, we were both wrong. Apparently Jacques needs either Orijen Six Fish, which he hates, or hypoallergenic kibble. I was sent home with samples. I think he’s really going to hate that stuff. After all the Brie we have been feeding him? It’s going to be a difficult transition.

New Vet is a big believer in organic ingredients. Jacques also has some oil that I put between his shoulder blades, where it is absorbed, in much the same way that one applies Advantix. It smells good. I guess it’s good for his skin. Can’t hurt. We can do this for a while.

Or, apparently, we could move to the country. New Vet allowed as how the Vendee was pretty clean. It’s a thought.